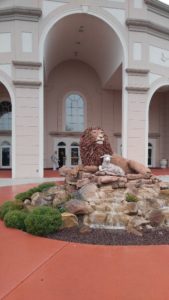 It’s a Thursday in April, there is not anything special about this particular Thursday, it was not exceptionally sunny nor did it snow. It wasn’t a blistering 90 degrees nor was it an unseasonably cold day, but despite its overall normalcy you would have thought by the droves of people heading into the Sight & Sound Theater that the Queen of England herself had arrived in Lancaster. It has been many years since I stepped foot in front of the Lion and Lamb statue that has become an iconic staple of the Lancaster area, but the feeling as I was pushed and prodded into the theater remained the same, that of complete excitement. Sight and Sound Theater, a production company that specializes in bringing the stories of the Bible to life, has been outfitted with a 2000 seat theater and 300-foot stage since I had last been to see a show (Noah circa 1996). The massive exterior looks like something out of biblical fairytale and the interior does not disappoint either with a large scale replica of its current biblical hero, Samson, in the center of the welcome area. 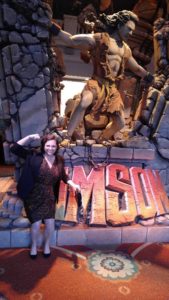 If at this point, you’re reading this blog and questioning whether or not watching a Bible story come to life is up on your list of things to do while in Lancaster, let me assure you it is well worth the trip. Not only does the current production of Samson provide any person who watches it with valuable take away life lessons, but the show is a spectacle in itself. For those who don’t know the story of Samson, here is your crash course…

That’s pretty much the long and short of the story, if you of course want to read Samson’s whole story can be found in the Book of Judges, chapter 13-16. But I’m not here to blog about the story of Samson, but rather how this amazing production company brings this epic tale to life.
While waiting for the show to start, a few characters entered onto the stage and entertained the guests with a variety of comedy and magic acts. This brief 10-minute epilogue made me feel like I had been transported to a Disney attraction waiting line, where they hire performers to made you forget you’ve been standing in line for 2 hours. The trio of actors were comical each taking turns trying to do pushups and other feats (obviously making a play on the concept of strength that would be prevalent in the show). 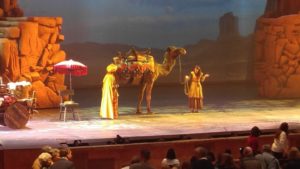 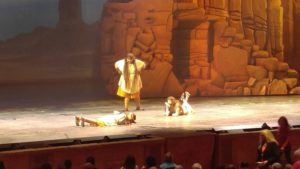 When the show began, it was immediately clear that the interactive screen behind the massive on-stage sets was going to be a key feature of the production. As the actors walked around the large stone set pieces, the back drop transported you to a Middle Eastern culture where you could feel your mouth dry with Samson in the desert. The sets were something to behold, with over 20 different scenes, the locations in the Samson production took you from the deserts, to vineyards, to wealthy aristocratic houses, to temples of the darkest kind. You were constantly being transported through Samson’s story with the help of this amazing technology at Sight & Sound. But not to give all of the credit of the show to immersive set design, the actors were superb as well. Never have I heard such beautiful voices singing such unfamiliar melodies, it is a true testament to the cast when you look around and do not see a dry eye in the house.

But the icing on top of the cake has to be the ending scene of the production (one the comedy troupe at the beginning of the show does forewarn you about). As I sat there, reading my program knowing it was the grand finale, the excitement started to gain momentum in me, I was waiting for this promised time that the earth would quake and room would crumble…and it did not disappoint. As Samson fulfills his destiny and brings the temple of Dagon to the ground, the brilliant set designers at Sight & Sound have created a simply magical event where the stage that surrounds you crumbles, the lights fall from the ceiling, the screen in the back of the stage immerses you in the temple with Samson, and the thunderous sound from the cast singing makes the moment a truly beautiful experience for its guests. I turned to my mom immediately after it was over , mouth open, eyes wide in amazement, and said “well that was way better than the chandelier falling in the Phantom of the Opera”…she agreed. 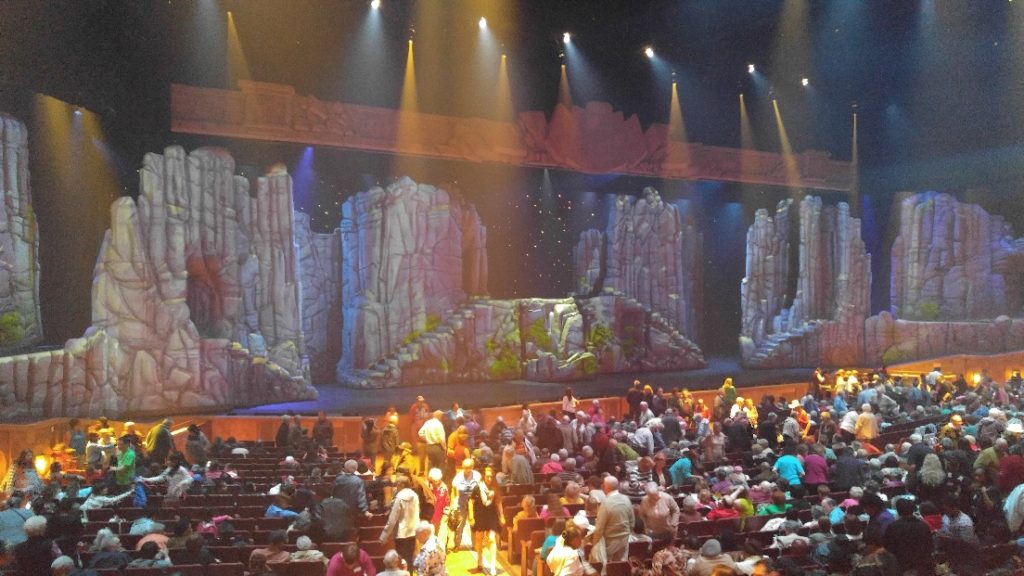 Like I said, there was nothing special about this Thursday in April, but the sold-out 2000 person show at 2:45 in the afternoon definitely indicated otherwise. The joy and excitement on the faces of people of all ages as they walked past the Lion and Lamb was palpable, and it has me reconsidering how I label my days from now on. I think I may have to change my original notion and say that of course this was a special day, it allowed me a unique opportunity with my mom, it gave me insight into parts of faith I had not considered before, and it was visually captivating from beginning to end. So, if you’re still wondering if watching the Bible come to life in a most brilliant way is for you or not, I encourage you to check out Sight & Sound theater because it might just turn your ordinary day into an extraordinary one.

CHECK OUT BEHIND THE SCENES FOOTAGE OF SAMSON BY CLICKING HERE 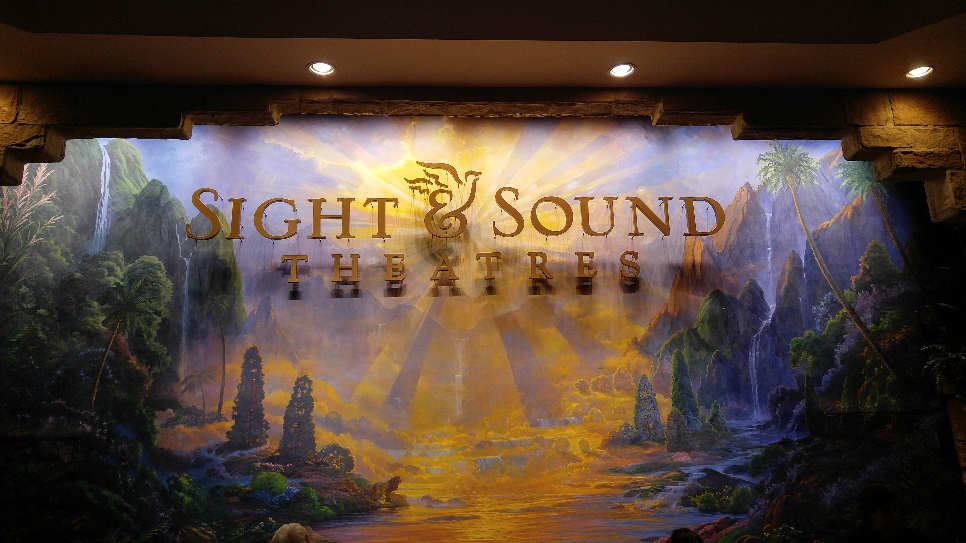