Now that we’re in one of the best “eating” seasons of the year, I feel it my duty to write a little something about the local cuisine. Anyone who has met me knows I have a passion for food. I spend my weeks reading culinary magazines and exploring new ingredients at local super markets and food stands. My weekends are spent bartending and conversing with guests about some of my favorite spots in Berks and Lancaster county to sit down have a great meal! But one thing I make abundantly clear to everyone I meet is that I have one food group my palate has just never adjusted to…PA Dutch. Strange, I know, growing up in the heart of the PA Dutch culture that my taste for the heavy handed meat and potato meal has sadly never developed. I look at meatloaf and pot roast with a slight dislike despite it being a weekly meal in my household as I was growing up.  Shepherd’s pie and chicken pot pie are avoided as much as possible, in fact I only embrace the PA Dutch culinary world when it comes to snacking. Ring bologna, red-beet eggs, and cheese are a hard yes when it comes to drinking with family and friends. 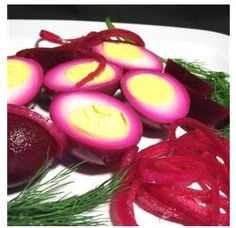 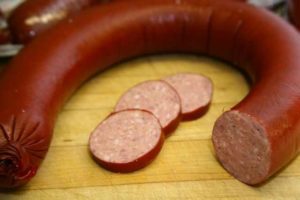 So naturally, because I had a derision to this specific food group and no other, I felt the need to educate myself a little more about its humble beginnings and culinary development through time. What I found, will be shocking to some and a complete head turner for others. PA Dutch food IS NOT what we have all come to believe it is, in fact that staple “Whoopie Pie” dessert has literally nothing to do with the PA Dutch heritage. SHOCKING, I KNOW! 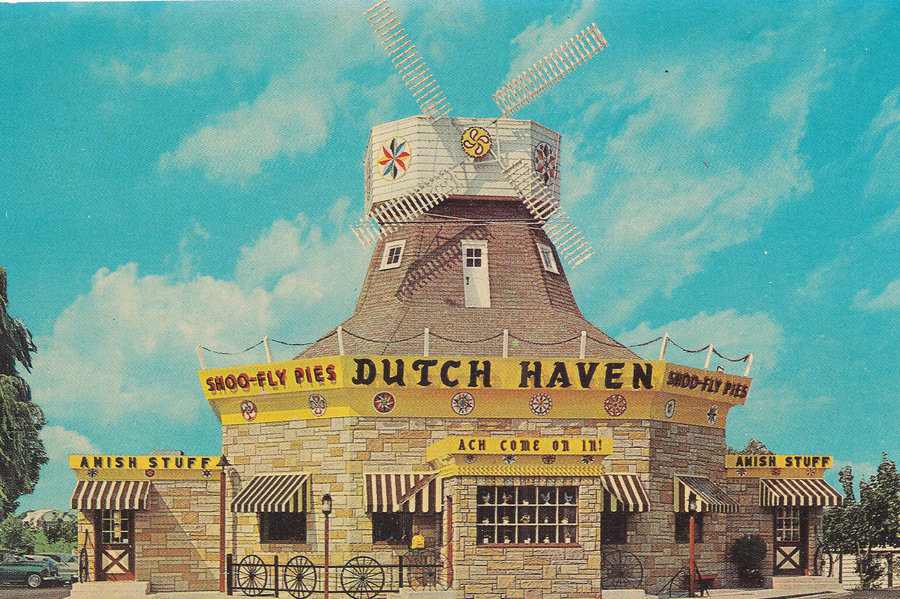 A little back story is needed to understand the culinary developments here in Lancaster County. In the 17th and 18th centuries a mass exodus of people traveled from Germany and Switzerland and settled here in the southeastern part of Pennsylvania. The travelers ranged in status from elite to the poorest of poor.  While the wealthy still dined on European delicacies such as rabbit braised in fine wine and doused their dishes in rich creamy sauces, the poor found new recipes to thrive on while living here with all the rich farmland. A common dish made popular by the lower class was called “hairy” dumplings” consisting of shredded potatoes that stuck out when formed into dumplings and boiled.  Yum.  Meat was scarce, so the thought of a heavy shepherd’s pie or meatloaf on the kitchen table seemed only possible for the upper class, but somehow this dish has made its mark as the staple of PA Dutch cooking. More common than not, the poor class developed a more vegetarian diet, utilizing the riches of the woods and farmland around them. Berries, asparagus, wild mushrooms all became a normal part of their everyday diet along with easy broths made from leftover bones and herbs.
So how and when did these meat and potato items become so prevalent in our surrounding culture? How did the masses go from a highly vegetarian diet with minimal meat to what we see in hoards at places like Shady Maple or any “Amish” buffet? The answer is simple, tourism. Someone a long time ago, felt that serving dishes entitled “gumbis” or “gribble’ or “schnitz-un-gnep” may not be the best way to entice tourists to their establishment. Thus, the staples like chili, meatloaf, pot roast, shepherd’s pie, chicken pot pie, potato soup, and beef stew were created and here they stayed. This isn’t to say that the old way of cooking or their recipes were all together forgotten, we still find the rare backroad restaurants that stuffs a pig stomach with meat and cabbage and boils it in a broth of local vegetables and spices. And every now and then, you will come across a great version of schlappichdunkes, which is a one-pot stew that embraces the idea of sharing is caring. 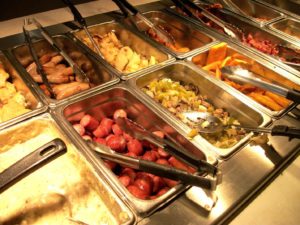 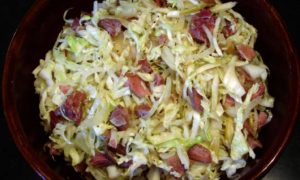 Traditional “Gumbis”- casserole of shredded cabbage, meat, dried fruit and onions.
In all of this research, I have become convinced that I probably would have enjoyed the original Dutch cuisine a bit more than the modern “new Dutch cuisine”, but I feel the evolution of this culinary lineage is better explained to me now.  I can appreciate that while a pound of meat mixed with ketchup, bread crumbs and eggs might be an everyday recipe here, those visiting this part of Pennsylvania may never have experienced this simple and delightful meal. And for that reason, I can in my discussions with guests be genuinely honest about where to go when people ask me    “what’s the best Amish food in the area” ….secretly because, well the Amish…they’re not the PA Dutch.
For more information on authentic PA Dutch food to try this holiday season, please visit Terri’s Kitchen @ http://teriskitchen.com/padutch.html !
For information on authentic Amish food, check out http://www.countryfarm-lifestyles.com/amish-recipes.html#.WDX8PNUrKpo !