The craft brewing sensation has had a gentle slope upwards over the past decade, but now it’s become a phenomenon. Lancaster alone has over 15 different craft breweries and an ever growing number of home brewers. The 1777 Americana Inn Bed & Breakfast is proud to be part of that number with our onsite brewery, Black Forest Brewery. The concept for the brewery was thought up by Bob Harter and his three sons over 6 years ago on a back-packing trip through the upstate PA Black Forest Trail. A veteran of home brewing already at this point, Bob and Denise thought it would be an excellent idea to combine the retirement plans of opening a bed and breakfast with opening their own craft brewery, and that is exactly what they did.

Black Forest Brewery opened its door 12.13.14 and has had an impressive first year as they have brewed over 128 barrels of their original recipes. Black Forest Brewery is built on the concept of creating and enjoying true tavern ales or in other words- beer that tastes like beer. Keeping that in mind, Bob currently features 6 varieties including- 5 O’clock Hefeweizen, Shrek Tavern Stout, Whistle-stop Amber Ale, Americana Pale Ale, 42 Mile IPA, and J.G. Belgian Strong. This week I’ll take you back scenes with me as we explore the process of creating a great craft brew! 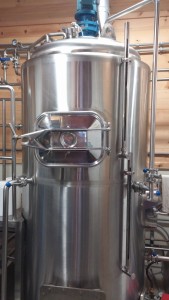 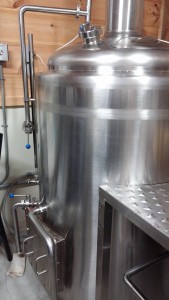 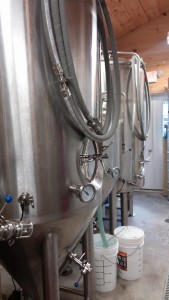 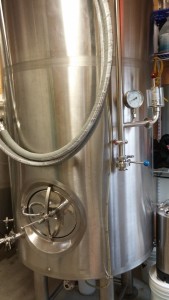 STOP BY OUR BREWERY THURSDAY-SUNDAY TO TRY OUR BEERS AND TAKE A LOOK AT OUR BREWERY EQUIPMENT IN PERSON!